Closer Look on the Innovations in Aerospace Technology 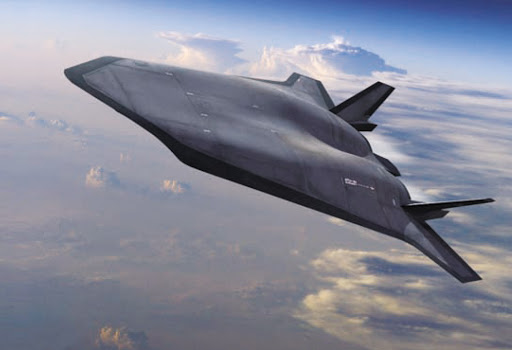 Over the past few years, the aerospace industry has seen countless innovations coming to fruition with many more on the horizon. In fact, the most awesome aerospace innovations of the past years aren’t just cool contraptions designed to cruise through air and space at breakneck speeds. They are small glimpses of what might dominate in the future.

The recent studies from an experimental craft that could help usher in a new period of quiet supersonic flight to a drone destined to fly on Mars, these machines are made to push the edges of our engineering envelopes. These cool and mind-bending innovations are bringing engines and humanity to new heights. Let’s take a look at the three emerging technologies you’ll want to know about!

We’re in the middle of an engineering revolution thanks to the convergence of three technologies: AI-drive designs, additive manufacturing, and new materials. The best case for this is the new bulkhead panel for the A320 family of aircraft. The panel’s structure looks unlike anything a conventional aerospace engineer would design. Why? Because the structure was designed by an artificial intelligence-powered system, which looked at millions of design solutions to find the one that best satisfied the design constraints for fit, function, cost, weight, and strength.

Such delicate designs would be difficult to manufacture by conventional means. This is where additive manufacturing technologies (commonly known as 3D printing) come into play. And you might be thinking that 3D printers can only use plastic, well, metals are now commonly used in 3D printing.

New materials are also helping revive old technologies. Materials such as graphene and carbon nanotubes are helping to make airplane wings more efficient by reducing weight and fuel consumption. Using these, scientists at MIT and NASA have developed a “morphing” wing that could also lead to more efficient manufacturing processes due to a system of tiny, lightweight subunits that can be assembled by specialized robots.

NASA has been investigating the implications of an all-electric propulsion system toward what calls Distributed Electric Propulsion for several years now. Then as it turns out, lightweight electric motors allow aerospace engineers to rethink the engine configurations. As a result, they may look much different than conventional configurations with either two or four jet engines mounted under the main wing.

It is all thanks to the relatively lightweight of electric motors, NASA aerospace engineers have proposed mounting a whole series of small propulsion units along the wing, a configuration that offers more flexibility in managing the airflow over the wing’s control surfaces.

A new, plasma-based rocket propulsion technology known as the VASIMR® rocket (Variable Specific Impulse Magnetoplasma Rocket) has been in development by NASA, together with the Department of Energy and the Oak Ridge National Laboratory, for several years now. This new technology is expected to reduce fuel consumption and enable long-term space missions in the future.

Advanced health management systems – such as monitoring, repairing, and overhauling are being developed to enhance our ability to analyze and determine the status of an aircraft. With more than eight decades of experience repairing and maintaining metal fuselage aircraft, the industry has developed a range of sophisticated Non-Destructive Inspection (NDI) techniques, such as magnaflux and x-ray based procedures.

This technology has already been used upon the introduction of Boeing 787 and Airbus A350 aircraft, both of which use carbon-fiber material for the majority of the external mainframe. A fire that hit Boeing 787 put this technology to test, the aircraft successfully performed a major “splice” repair to the carbon fiber structure and brought the craft back into service.

For the self-healing aspect, material scientists are looking at ways to embed “reserve” materials inside carbon fiber structures that can be “activated” by applying heat. Then for self-inspections, the same scientists are also looking at new embedded Structural Health Monitoring (SHM) sensors that can identify structural problems in both conventional metal-based structures as well as composite materials.

On a daily basis, new technologies and manufacturing processes are being developed. More and more joint ventures and outsourcing are expected to occur in the next five to ten years as these emerging markets start to compete on a global scale.